With the increasing use of the internet and data, the concerns of your device being infected with viruses and malware have also increased. That’s when you need an antivirus to secure your system from malware and viruses.

In today’s times, an antivirus is a must for your system whether you browse the internet or download files from it because if you don’t have antivirus then your system can be infected by viruses and malware which can corrupt your system and you can lose your data. But many times due to low budget, you don’t opt for an antivirus, that is why we have brought you the top free antivirus software to protect your device free of cost.

After researching many free antivirus software, and evaluating them based on their protection capabilities, user interface, and their reputation for safeguarding user privacy.

Do I need antivirus even if my pc has Windows defender?

Windows Defender is a decent free antivirus but it does not get updated regularly. Also, it doesn’t include any additional internet security protections.

Should I opt for free antivirus software?

If you have budget issues and you can’t buy antivirus software then it is better to have some protection over no protection. If you want full protection from all malware and viruses including browser safety and other additional features like a password manager, disk cleaner, USB scanning, and Live virus protection, etc., you have to buy the paid version of the antivirus.

But if you don’t want these features or if you can’t buy a paid antivirus then it’s better to protect the pc with free antivirus, at least it’s better than having no protection. All the antiviruses we have listed are significantly better than Microsoft’s Windows Defender antivirus.

It updates virus and malware definitions from the cloud making Avira antivirus extremely fast, lightweight, and low on system resources. Also includes some extra features, such as:

Bitdefender Antivirus Free comes with one of the best anti-malware systems in the market.

In the lab tests, it consistently scored 100% in malware detection and removal rates.

AVG antivirus’s free version is reputed in free antivirus software and has a broad reach.

Additional features on the android app

The Android version of the software also has a phone tracker which allows you to track the location of your device in case it gets lost. Also, you can remotely lock it, make it ring, or even wipe out the data so that no one can access it for fraud or identity theft purposes.

Avast is one of the best antivirus programs available. The, most recent AV Test’s protection test, received one of the highest ratings.

With a brand like Avast, you can expect fairly good antivirus protection in the free version too.

A secure and easy-to-use antivirus with a small size and minimal user interface. It is significantly better than Windows Defender in finding and removing adware, spyware, and ransomware files on your pc. 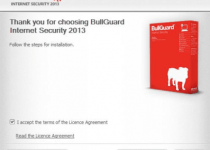 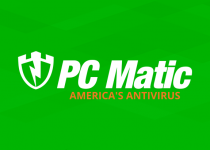