Yes, the traditional adware, viruses, malware, bugs, phishing, Trojan, ransomware, and spam can infect Mac computer and laptop. They can perform their malicious activities on the Mac computer or laptop the same as the Windows computer and laptop. They are able to show their ads on the Windows and Mac computer without permission. Mac already has some integrated Mac malware removal tools to protect against malware infections, but this is not perfect. Importantly, The Mac Malware Removal protection against malware does not block all junk bundles that advertise and spy on you

Malwarebytes provides well-regarded antivirus for Mac and Windows. They recently started providing a free “MalwareBytes” virus removal tool for Mac. This is not a new utility. In fact, Malwarebytes bought and re-branded a popular app called “Adware Medic“.  That several people have used successfully in the past time.

This is not a heavy antivirus program, which will run in the background. It is just a Malware tool for Mac, which you can download and install to protect your computer and laptop against malicious programs. They provide a quick scan to discover and destroy all types of malware, adware, and dangerous software. If your Mac infected from suspicious programs then it will prove itself as a good Mac malware removal tool.

Yes, unpleasant junk programs are still trouble on the Mac computer. Mac also has a malware removal tool is known as “file quarantine” or “XProtect“. Only after it becomes widespread, it blocks some of the worst malware pieces. It will not necessarily block any new blocks, and it will not stand in the way of adware and spyware. Therefore, you can say that is not so powerful to protect your Mac computer or laptop against dangerous programs.

Some nastiest malware comes in the Mac computer the same as it does in the Windows. They come through the junkware installer’s pack and malicious download sites such as download.com etc. Just find your Mac malware removal tool from the developer’s website or Mac App Store. You need to avoid running unsigned software because it means that Mac computer allows identities from app stores to download from developers’ website.”

There is no facility to remove or add software like windows. You can easily see the installation or un-installation of software on the Mac computer. On the Windows, You have permission to uninstall the “legal” crapware from here. On Mac, it is so difficult to remove adware programs. Apple provides instructions to destroy all popular malware and adware manually from your Mac computer. Therefore, you need to know these instructions to clear the malware infections from Mac computer and laptop. Malwarebytes Anti-malware is the best antivirus for Mac computer and laptop, is able to destroy all type of malicious infections automatically.

Java plug-in is not enabled on the Mac computer and laptop. It is a historical vector before destroying Apple from a Mac computer. Its malware tries to spread like a wildfire. There is a need to maintain your web browser and its plug-ins up-to-date.  Just enable the options to click to play to stop the flash player, running everywhere. You can prevent the malicious attack on your browser. Because these plug-ins such as flash make the way to perform on all type of operating system. 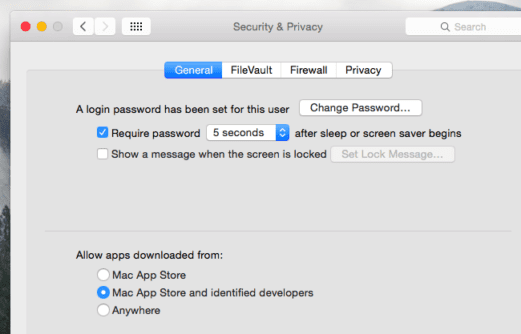 What about Full Mac Antivirus

Very few antivirus companies are still developing complete antivirus software for Mac OS X. This program is equal to its Windows counterparts, including full system scanning of all the software. It also destroys the suspicious and malicious programs from your Mac computer.

Malwarebytes for Mac is free, fast, will not slow down your Mac. It is able to remove most unpleasant and suspicious software, which build it the major challenge. Please note, currently, MalwareBytes for Mac has not paid version to execute in the background and surveillance your computer system, as it works on Windows.

If you generally visit the Mac App Store to update your software, then probably, you are aware. However, if you often try to download many antiviruses and bypass your Mac security in order to install unsigned software. An antivirus may be a superior thought as Mac malware removal tool. Antivirus always executes the scanning process in the background, which can slow down your Mac computer and drain the battery time.

Some experts suggested Sophos Antivirus for Mac computer. Sophos’s Home Edition is on the top but Avast antivirus is also a good competitor for Mac computer. Both are free, so you can use anyone between them. There is no need for a yearly license to activate these Mac malware removal tools. If you are discovering complete featured antivirus software with on-demand scanning option, then you can try them. If you had previously infectious Mac, then these Mac malware removal tools are able to scan and remove Malware.

“Mac malware removal does not get” and “Antivirus is not needed on Mac” are the old statements, which are no longer necessary. Macs are penetrable to malware programs. At one time more than 600,000 Macs infected worldwide by the Flashback Trojan. Macs still have problems with adware and other junkware that are provided in bundled software installers, such as Windows