How the world pandemic could affect the future of video games?

The current situation has not only indelibly changed our habits but has also influenced the near future of the most varied production sectors, including the electronic entertainment industry. Our approach to video games changes, which become almost indispensable for daily entertainment. At the same time, the panorama of their market changed, with problems and slowdowns but also interesting implications and opportunities.

First Problem The fact that the coronavirus born and raised in China has undoubtedly damaged the production of the most disparate sectors since China is the main industrial and manufacturing center in the world. Countless companies have been hit and slowed down by the necessary closure of Chinese factories after the announcement of the quarantine which has become mandatory, as in our country, to reduce the infection. This has obviously also affected the gaming industry.

The first to be involved in these crises was the Nintendo Switch. The latest console from Nintendo in fact hit by the blockade of the Chinese production chain in the various components. This, combined with a strong increase in consumer demand, has caused a serious shortage of units, especially in the US market.

Likewise, many console games such as Ring Fit Adventure influenced. That received a very high number of requests, given the impossibility of users to practice physical activity outside the home. Initially, it also seemed that Coronavirus could compel Sony and Microsoft to postpone the release of the next-generation consoles, respectively PlayStation 5 and Xbox Scarlett. However, at least for the moment, it seems that the console launch period has been confirmed for December 2020.

Like us, even employees of many software houses are forced to work from home and it is plausible to think that some titles in the works will suffer some delays and delays as happened to the physical version of the expected remake of Resident Evil 3.

Last but not least, E3, the video game fair in Los Angeles where the news of the video game world announced, has also been canceled. Many companies will continue to use the period of the fair, from 9 to 11 June, to show their works online through live and conferences but it is indisputable that the closure of the most important videogame event of the year represents a serious blow for companies. and players.

But video games have come to our rescue. As we have anticipated, the number of consoles and titles sold has increased enormously. During this period causing a shortage of units but increasing the sales volume for digital and physical games. These days, in fact, Steam has set a new record of 22 million active gamers. This trend expected to increase in the coming days, given the high number of users stuck in the house eager for entertainment. In fact, according to analyst Jialong Shi: ” Online gambling will probably be the biggest beneficiary of the economic disturbance triggered by the coronavirus“.

To this growing trend, there are also the admirable digital solidarity campaigns that some software houses have launched. Like Ubisoft, which made some of the most famous video games available for free, Microsoft and Xbox. That created the new “education” category on Minecraft to make children feel less alone in these quarantine days. Many other video game companies that actively support the Cross Italian red.

Among these are also Ndemic Creations, creator of Plague Inc. The famous strategic video game whose purpose is to create a pathogen to exterminate the world population. In this period, the company has indeed introduced a new mode that overturns the rules. And pushes players to create a cure for pre-existing disease and save the planet. The software house also donated $250,000 to the Coalition of Epidemic Preparedness Innovations and the WHO funds to help research a Covid-19 vaccine.

An equally bizarre initiative was born that involved researchers for the development of drugs and vaccines to combat the virus. A free non-profit video game run by researchers and developed in 2008 by the Center for Game Science. To be precise, this is a crowdsourcing title that relies, that is, on the ideas, support, and participation of users. That has the opportunity to “play virtually” with proteins to understand how they can change shape and evolve. For more experienced players, in addition, there is also the possibility of creating a new protein. That could be studied for the development of treatments for serious pathogens.

In view of the spread of COVID-19, Seattle researchers have therefore added to the game a “level“. That affects precisely this type of virus, making its experts available to test the most promising solutions. The creators of Foldit said: ” If we were able to develop an antiviral drug capable of blocking their recognition and infection, we could prevent people from getting infected … But how then can we get this antiviral drug? The solution could be Foldit. “

The video game in question taken into consideration by the Institute for Protein Design of the University of Washington. And many other players from all over the world have decided to participate in the study. The data collected could give a great boost to the search for a possible vaccine.

In these days, the World Health Organization (WHO), declared video games a useful therapy to overcome the quarantine from Coronavirus. The same organization, with the support of some production companies, launched the #PlayApartTogether initiative. To support video games as a useful activity for social distancing in quarantine. And therefore, to reduce the risk of spreading the epidemic. 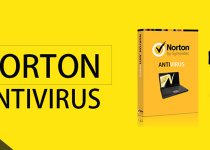 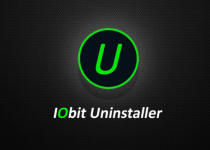 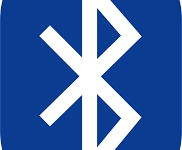