Google want to know that how much they are generating offline business through online ad clicks. Are they providing good sales in small and big both businesses such as a brick store or mortar store? Google want to understand the activity of purchase and the number of sales generated by the online ad campaigns. Google analyze their user data available on their apps such as YouTube, Gmail, and Google Maps. They will allow to attaching purchase information which is made by the offline Shopping market. 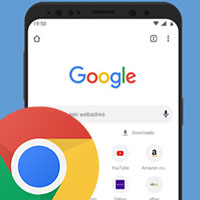 According to Google blog, First time, it will be possible that each marketer will able to calculate the effectiveness of his marketing tool and channel – everything is in one spot. Google has a large amount of the data of his users from their services such as Google Analytics, Ad Words, and Double Click Search, where personal details are available about their users. They also grab the location data from phones, if the users allowed to do work; they also found the product ads and generates sales for the offline Shopping market.

Google says that “they started it in 2014 when the user searches a store and used location data and track the store. From last three years, the advertisers have exceeded more than 5 billion store tips worldwide.” Google has learned the value people. Google says that the details which Google has collected, people cannot access because they have learned the value of each purchase. They developed a concept to secure privately the whole user information. They developed a new encryption technology that can protect the data.

Mr. Marc Rotenberg, who is the Executive Director of the Electronic Privacy Information Center from the Washington Post, says “What’s really fascinating to me is that as the companies become increasingly intrusive in terms of their data collection; they also become more secretive,”

Google informs that the store visits will be acervuline and aggregated and location data will not be shared with anyone. Users can choose the ads setting to set view or not, everything can control through Google account. A user can also delete or pause location history and can personalize for all Google ads. This service is only available in the United States and end of the year it will start in the Europe.

According to Google, if the people want to change their lifestyle and their habits by shops, by Google, by a bank, then they should control their data. We can monitor, to improve lifestyle. Every marketer can trace and monitor their order to advertise with Google. if they don’t want then, don’t, provide email id or digital receipt. Before placing order check terms and conditions and avoid loyalty cards. There is possible to pay by cash.