Fake antivirus, also known as rogue antivirus, is the form of malicious software and internet fraud. This is one of the best ways to make money for the malicious hackers. It manipulates the user’s system to paying money for fake malware removal. It manipulates the user by fear, and the form and ransomware. This is one of the biggest security issues since 2008. This fake antivirus working is very easy. They warn the users that there is a security issue or some threat is trying to attack in your system. These warnings are fake but users think that it is right and they believe on them. 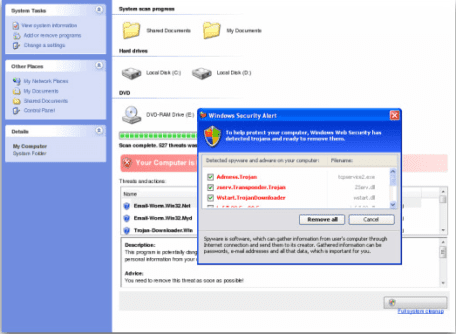 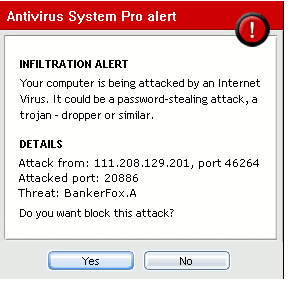 When you choose to remove the threats, a window has opened and it asked for purchasing the product from that website and after this show you the payment details. 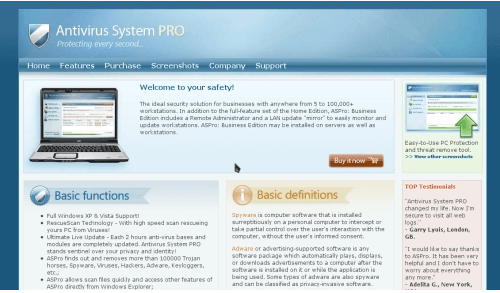 These are the fraud sites and after you buy that product the money go to these fake persons. These scams provide money directly to the hackers that are why they are particularly popular. These makers of fake antivirus software want a network for the help to distribute their software.

For distribution their software they use the variety of methods, these designs are drawn into installing the software:

Hackers create the websites and pages. Which is related to the common and topical search. These hackers design these pages to appear high in the search engine results. Because these pages are in seen upper position, people will encounter these pages during their regular search activity. These pages may also show to prevention against the threats that encourage the user to buy fake anti-virus.

Cyber criminals use these social media websites to spread their software, relying on the sites own popularity to draw innocent users. They also display about fake security and exploiting browser to install their software. They use these techniques to increase the effectiveness of their fraud.

The fake Antivirus Makers use some names like this:

For Complete Protection from these type of Fake Antivirus Contact Techy Support. We Provide Best Online Technical Support in the USA.